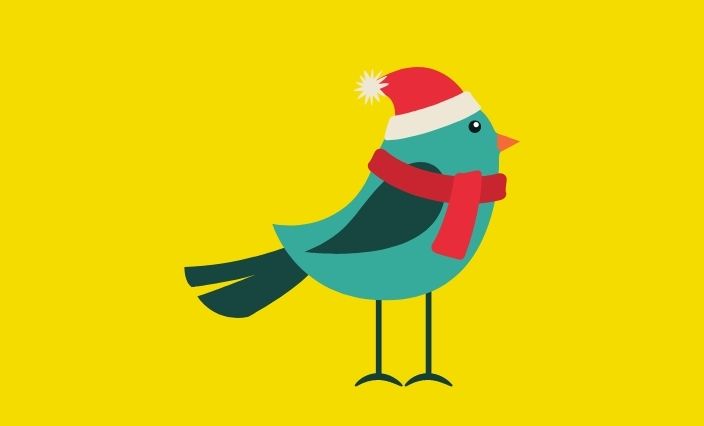 Happy holidays trivia friends!  Last year at this time many of us were giving the finger to 2020, but on average 2021 has been a bit better for folks. We had a Coronacirus vaccine become available to the masses, and it allowed us to start socializing in a fashion similar to the pre-pandemic years.  But unfortunately the Omicron variant has reared its ugly head and is putting a damper on some festitivies.  That said, we can still gather and play trivia. But first we thought we'd warm you up with some free trivia questions all about the winter holiday season. Do you know what holidays encompass the winter holiday season? Do you know how much consumers spend on these holidays? For answers to these questions and a whole lot of other random facts, read on.

What holidays are considered part of the winter holiday season in the US?

In 1870. They are 3 of the first 4 holidays designated by congress for federal workers to enjoy paid time off. The fourth holiday is Independence Day.

Which founding father wrote a letter to his daughter wishing the turkey had been chosen to represent the United States over the eagle?

Benjamin Franklin, he found the turkey a much more respectable bird.

Which US president moved the celebration of Thanksgiving to the third Thursday in November in 1939?

Franklin D. Roosevelt, he did this to inject an additional 7 shopping days into the holiday season. However switching the holiday wasn’t well received by football fans and coaches as it altered the playing dates of traditional rivalry games. Also, many calendars were printed with incorrect references to when the holiday was celebrated.

How much does the typical consumer spend over the Thanksgiving Day weekend?

Spending averages $313 over the extended weekend, for meals and likely some Black Friday shopping as well.

What are the top 5 things people are most thankful for at Thanksgiving?

When was the first Christmas holiday celebrated?

Which of the winter holidays generates the most revenue?

Christmas is the holiday where consumers traditionally spend the most money each year. Gift giving represents a big portion of it, as does travel to see loved ones, and accessories such as Christmas trees, wreaths, decorations, and wrapping paper. In 2021 the spending, buying and gifting numbers are expected to shape up like this:

What industries tend to thrive in the holiday season?

What’s the highest grossing holiday movie of all time?

The Grinch, which came out in 2018 tops the list bringing in over $511 million dollars

Is it spelled Hanukkah or Chanukah?

Both are correct. The word is derived from a Hebrew verb, a language using a different alphabet. Thus there are some variations once converted to an English alphabet.

It’s a candelabrum used in Jewish worship, and the Hebrew word for lamp.  During Hanukkah, a new candle is lit and added to the menorah each night.

What are some traditional foods of Hanukkah?

What does Kwanzaa celebrate?

When was Kwanzaa first celebrated?

In 1966, it was created as way to help unite African Americans after the rioting in Watts California took place.

What colors are associated with Kwanzaa?

Red, green and black are the traditional colors of the holiday of Kwanzaa. They are representative of the struggles for freedom and bloodshed of the African heritage.

When was the first Hallmark greeting card created for Kwanzaa?

In 1992, Hallmark started to honor the holiday by printing and selling Kwanzaa holiday cards.

How much do consumers spend on the Kwanzaa holiday?

$77 is the amount that is typically spent per person purchasing gifts to celebrate Kwanzaa.

Where does the tradition of making New Year's resolutions come from?

It dates back as far as Julius Caesar in Babylonian times who is credited with starting the tradition.

How much do people typically spend celebrating the New Year?

What drink is traditional on New Year's Eve?

A champagne toast is a tradition when the clock strikes midnight and rolls over to the New Year. However it's quite common for alcohol of many types to be served throughout the evening of celebration.