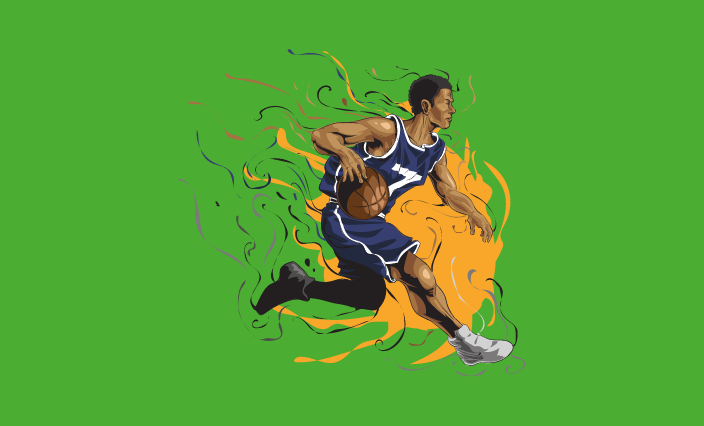 The 2020-2021 regular NBA season has officially concluded. The teams have competed throughout the season all while navigating COVID-19 protocol in attempts to stay healthy.  Now is when the competition gets fierce and every game matters.  To honor the NBA playoffs, we thought it would be appropriate to test your knowledge of some trivial basketball facts that took place during the regular season. Are you ready for the short trivia quiz? Give it a go below with 6 questions which all relate to the 2020-2021 NBA season.

Question: The Coronavirus pandemic forced the NBA to adjust the number of games played during the regular season. How many games did each team play?

Question: The NBA Board of Governors instituted a play-in tournament to take place at the conclusion of the regular season. What are the seeds that will participate in this tournament?

The play-in teams from the Eastern Conference are the Boston Celtics, Washington Wizards, Charlotte Hornets and Indiana Pacers

Answer: Nikola Jokic of the Denver Nuggets. His performance has been so strong throughout the season, it helped earn him the MVP award.

Question: What team has the number one seed in the Eastern Conference?

Answer: The Philadelphia 76ers hold this honor with a regular season record of 49 and 23. They are led by their center Joel Embiid who is also in the running for the MVP award.

Question: What team has the number one seed in the Western Conference?

Answer: The Utah Jazz captured the number one seed with an impressive regular season record of 52 and 20. Their top scorer for the 2020-2021 season is guard Donovan Mitchell who has averaged 36.3 points per game.

Question: Which two teams are in the 2021 NBA finals?

Question: Who is the tallest active NBA player in the 2020-2021 season?
Answer: Tacko Fall who stands 7’5” and plays center for the Boston Celtics

How did you do? If you only missed one or two questions, it shows you're an NBA fan who pays attention throughout the season. If you enjoyed it, pass on this short basketball trivia quiz to your friends, or give it a share via Facebook or Twitter. You may also like some of our sports themed trivia games which are perfect for virtual groups to play on Zoom.